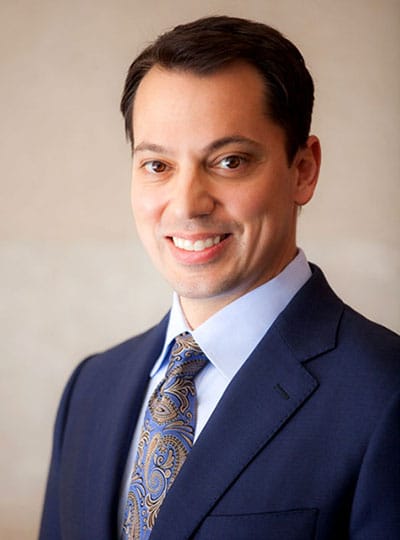 Dr. Justin Zalewsky always wanted to work in the medical field and provide the highest level of care to his patients. Becoming a periodontist allowed him to pursue his dreams of excellence in his profession.

Born in Pittsburgh, Pennsylvania, Dr. Zalewsky completed his Bachelor of Science at John Carroll University, and received his DMD at Case Western Reserve School of Dentistry. He moved from Cleveland, Ohio to Washington D.C. as an officer in the U.S. Air Force, during which time he served as a general dentist at Bolling AFB and at the Pentagon.

After completing his military service, Dr. Zalewsky pursued his Certificate in Periodontics and Oral Implantology, obtaining both it and a Master of Science in Oral Biology from Temple University Kornberg School of Dentistry.

Dr. Zalewsky’s advanced training in surgical and non-surgical periodontal therapy and dental implants qualifies him to care for a diverse range of periodontal conditions. He focuses specifically on excellence in patient care during and after periodontal treatment or dental implant placement, and believes strongly in close collaboration between referring doctors, his office, and the patient to develop and implement individualized treatment plans.

Dr. Zalewsky is currently an adjunct faculty member at Temple University Kornberg School of Dentistry, a surgical faculty member with the Misch International Implant Institute, and a member of the following organizations:

Dr. Zalewsky currently lives in Virginia with his wife and their daughters. He is an avid sports fan and enjoys the outdoors. 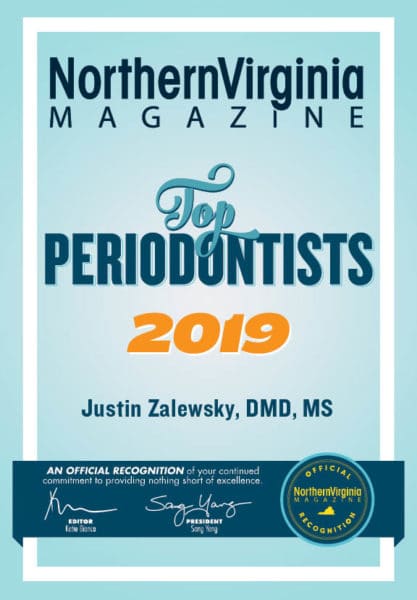